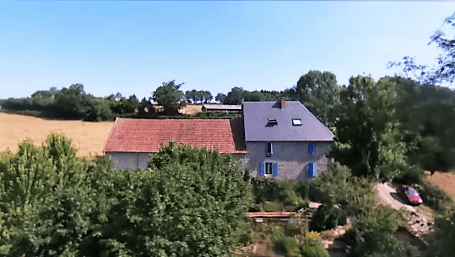 Nice video made with a drone! In July 2015, Thierry and Isabelle Giraud stayed with us to celebrate their 20th wedding anniversary. In the morning, just before departure, we saw them busy in our garden. With their drone they made a video of Le cuisinier en Combraille and they were so kind to share the video with us. Here is the updated version. Interesting detail: at the end of the video the drone crashes. There were no injuries!